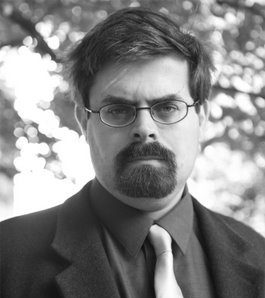 Adrian Tchaikovsky was born in Woodhall Spa, Lincolnshire before heading off to Reading to study psychology and zoology. He subsequently ended up in law and has worked as a legal executive in both Reading and Leeds, where he now lives. Married, he is a keen live role-player and has trained in stage-fighting and historical combat. He maintains a keen interest in history and the biological sciences especially entomology.

Adrian is the author of the acclaimed 10-book Shadows of the Apt series starting with Empire in Black and Gold published by Tor UK. His other works for Tor UK include standalone novels Guns of the Dawn and Children of Time, which won the 2016 Arthur C. Clarke Award and the new series Echoes of the Fall starting with The Tiger and the Wolf, winner of the 2017 British Fantasy Award for Best Fantasy Novel. Other major works include Dogs of War for Head of Zeus, short story collection Feast and Famine for Newcon Press and novellas The Bloody Deluge (in Journal of the Plague Year) and Even in the Cannon’s Mouth (in Monstrous Little Voices) for Abaddon. He has also written numerous short stories and been shortlisted for the David Gemmell Legend Award.