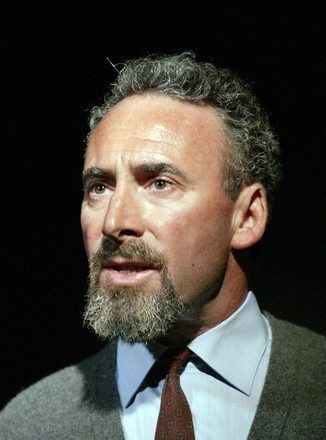 Sir Antony Sher KBE. Actor, author, artist. Born in South Africa in 1949, settled in the UK in 1968. As an author, his theatre journals are Year of the King, Woza Shakespeare ! (co-written with Gregory Doran), Primo Time and Year of the Fat Knight; his novels are Middlepost, The Indoor Boy, Cheap Lives and The Feast ; his plays are I.D. and The Giant; he has published his autobiography Beside Myself, and a book of his paintings and drawings Characters.

As an artist, he has illustrated several of his books, and held exhibitions in London, Sheffield and Coventry. As an actor, he is an Honorary Associate Artist of the RSC, and has played many leading roles with the company, including Richard III, Macbeth, Shylock, Leontes, Iago, Prospero, Falstaff, Tamburlaine the Great, and Cyrano de Bergerac. He has won the Olivier Best Actor Award twice (Richard III/Torch Song Trilogy and Stanley), the Evening Standard Best Actor Award (Richard III ), the Evening Standard Peter Sellers Film Award (Disraeli in Mrs Brown), the Critics’ Circle Award for Best Shakespeare Performance (Falstaff in Henry IV), and in New York, Best Solo Performer in both the Outer Critics’ Circle and Drama Desk Awards (Primo). He is married to Gregory Doran.