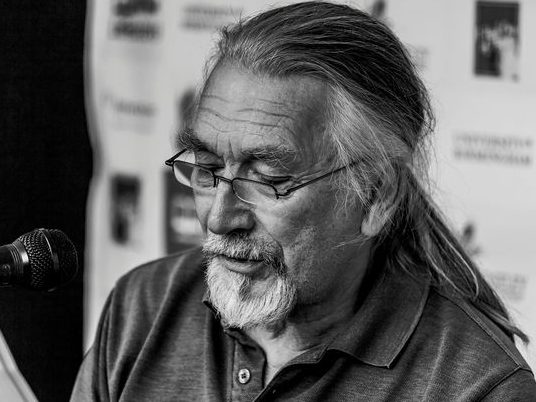 M John Harrison was born in Rugby, Warwickshire, in 1945.

His work includes The Committed Men, In Viriconium, Viriconium Nights, Climbers, The Luck in the Head [a graphic novel with Ian Miller], The Course of the Heart, Signs of Life, Travel Arrangements, Things That Never Happen, Light, Nova Swing, Empty Space and his latest short story collection: You Should Come With Me Now.

He reviews short fiction & nonfiction in a range of venues including the Guardian, the Times Literary Supplement, Time Out, Arc Magazine, the Independent on Sunday, the Daily Telegraph & the New York Times.

M John Harrison was awarded an honorary DLitt by the University of Warwick. His awards include the Boardman Tasker Prize for Mountain Literature, 1989 and the Arthur C Clarke Award, 2007.

He lives near Ironbridge in Shropshire. His hobbies are hill-walking and reading. He blogs at The Ambiente Hotel and tweets as @mjohnharrison. He is working on a novel.