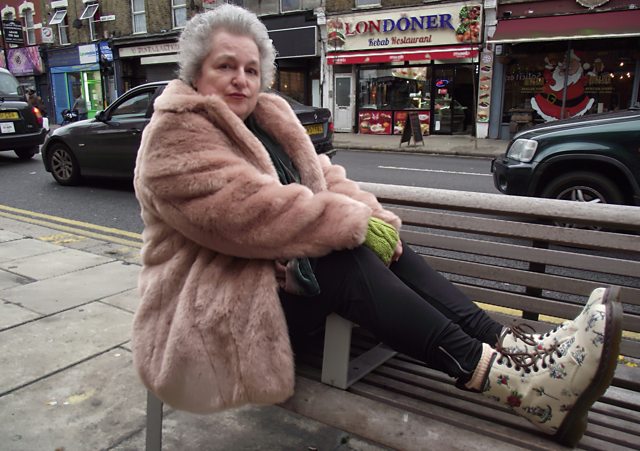 Pat Cadigan was born in New York, grew up in Massachusetts, and spent most of her adult life in the Kansas City area, until she emigrated to the UK in 1996.

Her first professional sale appeared in 1980, in New Dimensions 11, edited by Marta Randall and Robert Silverberg. After ten years as a writer for Hallmark Cards (yes, she wrote the cards, in verse), she became a full-time writer in 1987. She is the author of fifteen books, including two nonfiction books on the making of the movies Lost in Space and The Mummy, one young adult novel, and the two Arthur C. Clarke Award-winning novels Synners and Fools. She has also won the Locus Award three times––in 1988 for her short story, “Angel,” in 1990 for her collection, Patterns, and in 2013 for her novelette, “The Girl-Thing Who Went Out For Sushi,” which also won both the Hugo Award and the Seiun Award (aka the Japanese Hugo). “Girl-Thing” serves as the jumping-off point for her novel, See You When You Get There.

Cadigan is a popular guest lecturer and has talked on many different subjects at universities, literary festivals, and cultural gatherings around the world, including M.I.T. in Cambridge, Massachusetts, Pop!Tech in Camden, Maine, Virtual Futures at the University of Warwick in Coventry, Utopiales in France, and Argonauts of the Noosphere in Rimini, Italy.