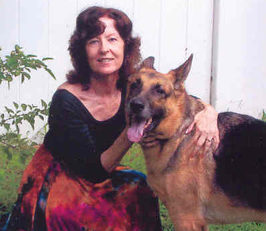 Sharon Kay Penman was born in New York City. She has a B.A. in History from the University of Texas and, in her misspent youth, she earned a J.D. degree from Rutgers School of Law. She practiced tax and corporate law for several interminable years, which she considers penance for sins past, present, and future. These days she is fortunate enough to be able to write full time. She has written nine historical novels and four medieval mysteries, one of which was nominated for an Edgar.

She thinks writing historical fiction is the next best thing to time travel and feels blessed to have had the Angevins for source material, as they are surely one of history’s more dysfunctional families. Her first novel, The Sunne in Splendour, deals with England’s most controversial king, Richard III, a.k.a. the king in the car park. She then wrote a trilogy set in England and Wales in the reign of King John, followed by five novels about those improbable Angevins. While she’d love to dwell on a mist-shrouded mountain in Snowdonia, she is currently living in New Jersey, and spends as much time as possible on the other side of the Atlantic.